Fumigation involves the use of a highly toxic pesticide known as a fumigant, to kill target organisms under airtight conditions. After fumigation, the residual containers left are classified as hazardous wastes. Such wastes enter our environment owing to improper disposal of the containers and poses a huge threat to public health and the environment. This study assessed the methods of disposal of fumigant containers practiced in Zambia and the extent to which fumigators comply with Zambian environmental regulations. Both qualitative and quantitative data collection approaches were used and purposive sampling helped in establishing the fumigant package disposal sites. Data was collected from 15 districts along the line of rail, from Livingstone to Chingola. Participants constituted 25 fumigators and 50 assistants conducting fumigation in the 15 districts. Data from 25 questionnaires distributed to the fumigators was analyzed using the Statistical Package for Social Science (SPSS) version 20 alongside Excel 2010. The findings revealed that 68 % always buried the fumigant containers in a 1-meter-deep pit. However, through observations, 17 fumigators from the 15 districts disposed the containers on open surfaces despite being aware of the environmental regulations. On the other hand, the Zambia Environmental Management Agency visited only 48 % of fumigators’ premises. Only 21 % of fumigators were compliant with the law in their disposal methods while the remaining 79 % were non-compliant. Though fumigators were trained before engaging in fumigation activities, they took little useful action for safe disposal of fumigant containers. Findings in this study require immediate enactment laws that will help abolish unsafe disposal of fumigant containers in Zambia. Further, trained fumigators and not their assistants should conduct disposal of fumigant containers. The Zambia Environmental Management Agency should intensify their inspections combined with law enforcement and standard fumigant disposal protocols must be devised and made available to the fumigators. 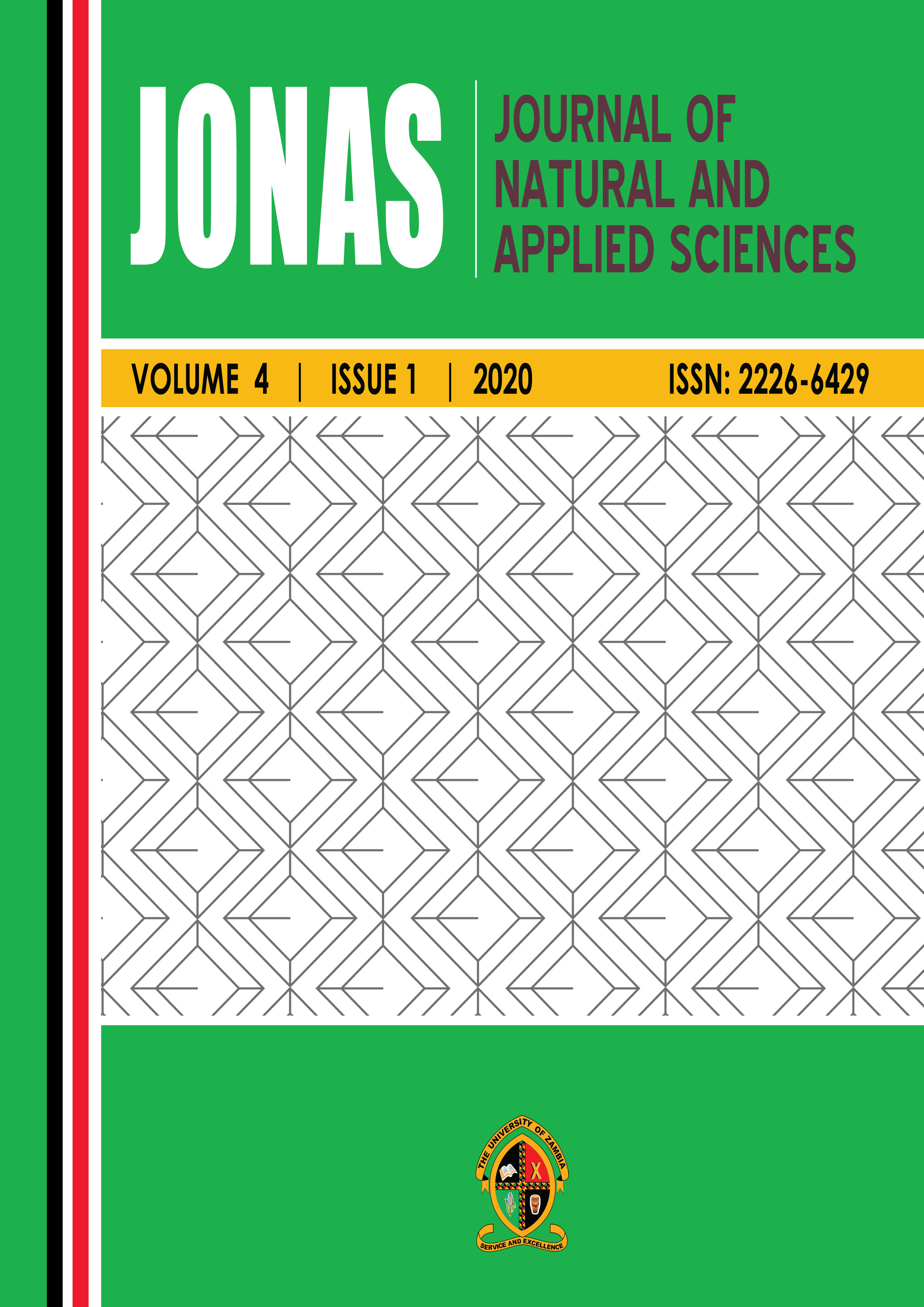 Published
2020-12-18
How to Cite
[1]
T. Ziwa, E. Mwanaumo, and J. Nyirenda, “Disposal of Used Fumigant Containers in Zambia”, Journal of Natural and Applied Sciences, vol. 4, no. 1, pp. 42-49, Dec. 2020.
Issue
Vol 4 No 1 (2020): JONAS
Section
Original Research Articles
Submission of a manuscript implies: that the work described has not been published before (except in the form of an abstract or as part of a published lecture, or thesis); that it is not under consideration for publication elsewhere; that if and when the manuscript is accepted for publication, the authors agree to automatic transfer of the copyright to the publisher in this case to UNZA-JONAS.
Information
The University of Zambia Journals