ABSTRACT Background Abattoirs have been purported to be ideal areas were possible microbial contamination of meat products is likely to occur. Food of animal origin, mainly beef, has been identified as a source of dietary protein for humans albeit it being a source of food-borne diseases including zoonoses. This study was carried out to evaluate bacterial contamination and the risk factors associated with contamination of beef carcasses during processing. A total of four abattoirs were sampled within three months with one in Namwala and three in Lusaka districts. A total of 314 beef carcass surface swabs were obtained from the neck region by swabbing the carcasses, immediately after evisceration and after washing. Results The results of mean total viable counts (TVC) of carcass contamination were enumerated as the mean log from 4.7 Log10 cfu/cm2 in an abattoir where Hazard Analysis and Critical Control Points (HACCP) was practiced to 5.8 Log10 cfu/cm2 without HACCP. Bivariate analysis showed a significant difference in carcass contamination when town abattoirs (Lusaka) were compared with rural ones (Namwala); χ2 = 43.87, P < 0.0001. Multiple logistic regression analysis identified poor hygiene practices, the absence of antemortem inspection, and lack of Hazard Analysis and Critical Control Points (HACCP) implementation as significant factors associated with carcass contamination. Conclusion A high microbial load as determined by the Total Viable Count is an indicator that beef is being produced under poor abattoir hygiene conditions. Therefore, beef carcasses with high bacterial loads are potential sources of foodborne pathogens leading to foodborne disease and hence there is need for advocating for good hygiene practices in the abattoirs. 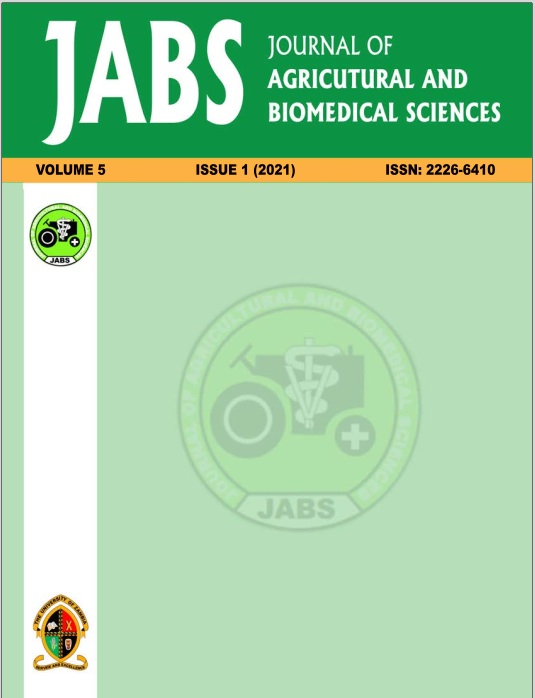